Get your vein treatment

Endovenous Laser Ablation (EVLT): What is and How Does it Work?

Endovenous laser ablation (EVLT) is one of the most effective minimally invasive treatments for varicose veins and chronic venous insufficiency (vein disease). This is an in-office outpatient procedure performed under local anesthesia by a licensed vein specialist.

The endovenous laser ablation procedure concludes within 30 to 45 minutes, following which you can resume your work and daily activities. Your leg will be wrapped in an ACE bandage for up to 48 hours, and you’ll have to wear compression stockings for at least seven days. This is the ideal treatment for chronic venous insufficiency with a nearly perfect success rate. 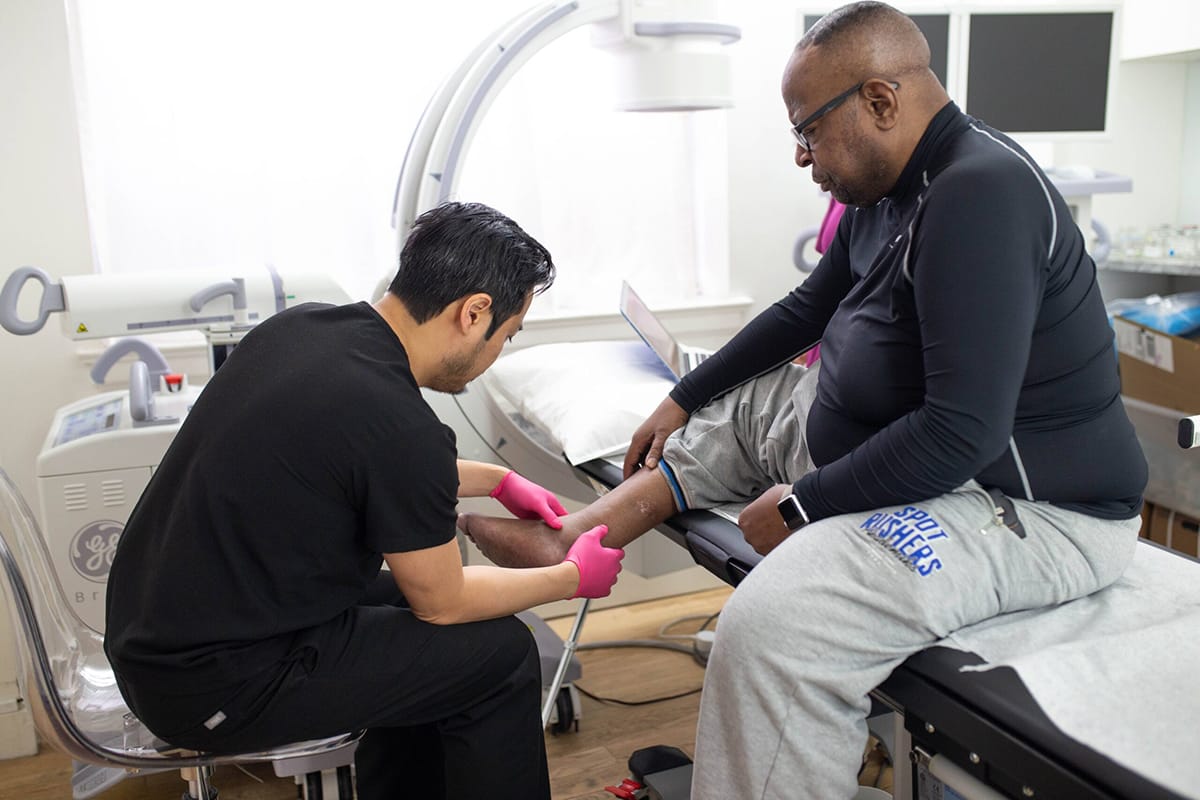 The EVLT procedure concludes in 30 to 60 minutes, depending on your specific condition.

Endovenous laser ablation was first developed as a vein treatment in 2003. It was the world’s first non-surgical, minimally-invasive alternative to traditional surgeries, such as vein stripping and vein ligation. Until EVLT, almost all vein surgeries involved excisions, hospitalization, and extended downtime.

Comparatively, EVLT only necessitates a small incision, no hospitalization, and the patient can resume their daily activities immediately. Furthermore, endovenous laser ablation also involves a lower risk of infections and deep vein thrombosis (blood clots) than surgeries. Long-term clinical research has also shown that endovenous laser ablation minimizes the risk of vein disease recurrence. As such, EVLT is superior to traditional surgeries in all aspects; it’s safer, more effective, and more convenient.

The Pros & Cons of EVLT

Speak instantly with one of our team members; they will answer any questions you may have regarding insurance coverage, booking an appointment and our vein clinic in Manhattan. (212) 273-1617

Visit our Book Appointment page and instantly request an appointment at our Manhattan vein clinic. We offer Free Insurance Verification before your appointment.

Learn how to easily get to the New York Vein Clinic nearest you.